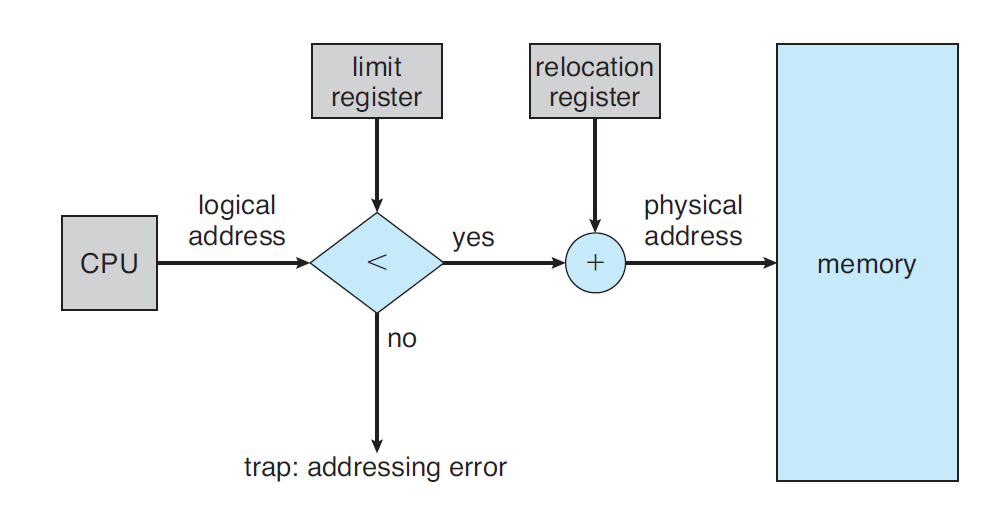 In this post, I am going to talk about logical and physical addressing of main memory (DRAM) in computer systems.

Here is the output from multiple runs of the program:

Note: I compiled and ran the program on x86-64 Linux machine with “gcc” compiler.

What type of addresses are these ?

These are logical/virtual addresses. The addresses do not really tell us the precise location where integer value 20 is stored in main memory. Similarly, we don’t know the actual starting location of the memory region we malloc’d. Our code will make references to these memory locations using the given virtual address, and that’s all we care about as a programmer. The CPU always generates a logical address for every memory reference it needs to make on main memory (DRAM). Before the reference is made, the logical or virtual address is translated into the actual physical address for the desired location in main memory. This translation is done by the Memory Management Unit (MMU), a capability of hardware in our computer system.

An important question. Why is there such a separation between logical and physical addresses ?

If user A and user B dump the addresses (refer to above sample program) of various symbols in the program, they may even see the same addresses. But, this doesn’t mean that those addresses are referring to identical physical memory locations. They shouldn’t and they don’t (barring shared memory for now).

Coming back to our discussion. Now that we know a bit about the logical and physical addresses, let’s talk about how the address translation is done by MMU.

The exact manner it’s done is very much dependent on how memory space in DRAM is allocated to a process by the Operating System.

When a process in DRAM is scheduled for CPU execution, it is the job of Operating System (specifically the dispatcher) to load these 2 registers with appropriate values saved in the Process Control Block (PCB)

Non-Contiguous Memory Allocation –  In this strategy, a process can be allocated memory wherever it is available. Separate Data Structures and hardware support is required to do the mapping between virtual and physical addresses. The technique is called Paging, and I will cover it in the next post in full detail along with Virtual Memory.

2 thoughts on “Logical and Physical Addresses”