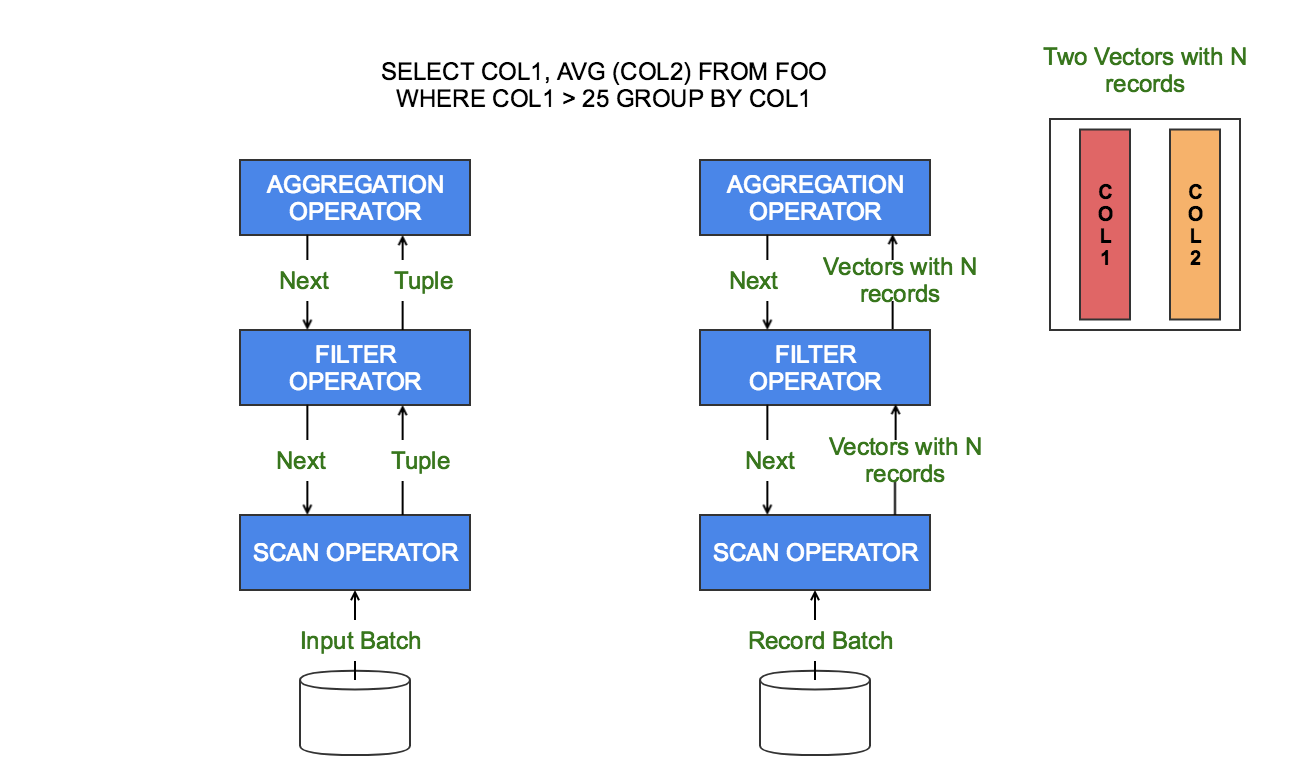 Traditional query processing algorithms are based on “iterator” or “tuple-at-a-time” model where a single tuple is pushed up through the query plan tree from one operator to another. Each operator typically has a next() method which outputs a tuple or record and the latter is then consumed as an input record by the caller operator (parent in execution plan tree).

The tuple at a time processing methodology has some disadvantages when it comes to building high performance SQL execution engines for analytical queries.

Vectorized query processing model is a significant departure from tuple-at-a-time model and has two key differences:

Some advantages associated with vectorized processing:

By executing query processing logic directly on compressed columnar data, we save a lot on CPU and this can further improve the query performance. 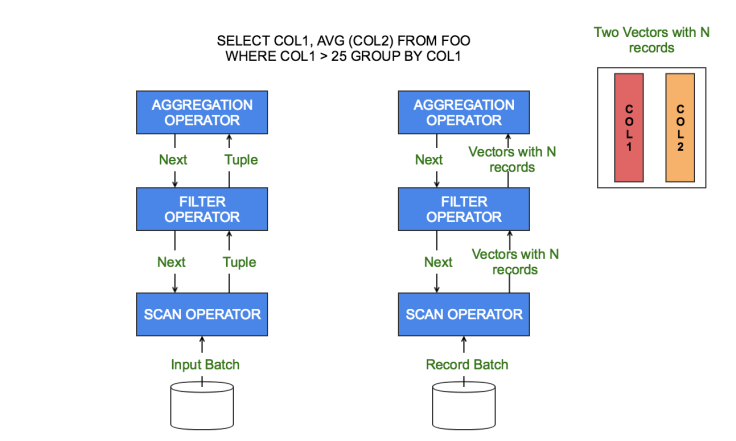 I recently gave a talk at Strata Data Conference on Vectorized Processing using Apache Arrow and how Dremio has built a high performance execution engine on top of Apache Arrow. Please see the following links to view the presentation and learn more about Dremio and Apache Arrow.

Please join us at the first Apache Arrow meetup in Bay Area on May 15th in San Francisco.